Neymar became the most-fouled player in a FIFA World Cup game since 1998, and wants match officials to put a stop to such rough treatment.

Neymar insisted Miranda was fouled as Switzerland equalised to deny Brazil victory in their opening game at the World Cup, and the star striker also urged referees to offer better protection after he came in for some rough treatment in Rostov-on-Don.

Steven Zuber appeared to push Miranda before heading home a second-half goal that saw Tite's side held 1-1 in a Group E clash at Rostov Arena.

The coach of the Selecao was adamant Switzerland's goal should have been ruled out by referee Cesar Ramos, and Neymar agreed with that assessment.

"When you see the moment on [the] replay, people celebrating the goal... I was seeing it again but it's not for me to talk about it, there are four professionals working for that. They have to do their job.

"We didn't deserve to end with a draw. But we can improve, we can play better. But it was a match to show us that it won't be easy."

Neymar, playing in his first competitive fixture since suffering a broken metatarsal in February, was seen limping at various moments in the game, but the 26-year-old assuaged fears he had suffered another fitness problem. 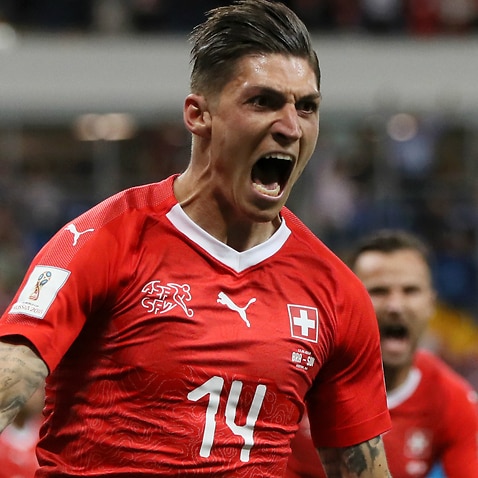 "I was hit and it was aching, but [it's] nothing to worry... after your body is cold, it aches a little more but that's OK," he said.

According to Opta, Neymar became the most fouled player in a World Cup game since England's Alan Shearer against Tunisia in 1998, the Selecao striker having been illegally halted by Switzerland 10 times throughout the game.

"I have nothing to say about it," he said.

"All I have to do is to play football, or try to do it. It's for the referee to see it. I guess that will be normal [to be fouled regularly], we have to pay attention to it, but that's something normal in football."

Brazil wasted several chances to snatch a winner late in the game, and centre-back Thiago Silva acknowledged the team could have been more clinical in attack.

"I guess we could have been better in our last pass, that's true," Silva said.

"But that is the moment, you end up taking decisions, sometimes, that are not the best ones, but only those who are there get to know how difficult it is to play at these moments.

"But the most important is that we have peace of mind so that we can recover well and go back to Sochi with our families to gear up for the next match."