When Western Sydney Wanderers dashed the dreams of Al-Hilal in 2014 to win the AFC Champions League final, it was the kind of unexpected and dramatic win that reflected the essence of the tournament.

And more besides. In fact, it had everything: the heroic defending of the A-League team, the relentless pressure from a more talented side roared on by a partisan crowd, some dodgy refereeing decisions and a ready-made bad guy for the Aussie media in the shape of the spitting and snarling Nasser Al-Shamrani.

It was perfect theatre and entertainment with colour and atmosphere in spades.

It should be remembered as one of the best nights in Australia’s sporting history and should have signalled the start of a new era for the country’s relationship with Asia.

Neither really seems to be the case.

Ulsan Horangi of South Korea take on Persepolis of Iran in the final of the 2020 tournament on Saturday in a game that is not going to make many ripples down under.

Despite that night of passion six years ago, the relationship between Australia and the Champions League has not become a deep and committed one. WATCH: Corica on Sydney FC's ACL campaign and if the club will sign another striker

It is Australia’s loss. Asia’s flagship club tournament is fascinating and next year will be the best yet as it expands from 32 to 40 teams.

This means representatives from Turkmenistan, India, Tajikistan, the Philippines and Singapore joining the usual suspects in the group stage. There will be story lines galore.

Yet while it can be debated as to whether the media reflects the public’s attitude or shapes it, it is clear that there is little mainstream interest in the competition.

Attendances in Australia are low (though that wasn’t always the case in the early days) and given the poor records of clubs - 2008 Adelaide United and 2014 Wanderers apart - it is hard to escape the conclusion that the teams don’t always give it as much attention as they should, which serves to make everything more difficult.

Australia is not alone in having a mixed relationship with the tournament, however. While big teams in China and Iran, for example, draw big crowds to the competition to create a big-match atmosphere -- that is not always the case elsewhere.

The Champions League struggles to enthuse the masses in South Korea and Japan, ironically the two most successful nations in the competition’s history, with the former going for title number 12 this weekend.

Once teams from J and K Leagues are eliminated, there is little interest in Seoul or Tokyo in what happens next.

The AFC has long tried to build interest in these markets but it has not been easy. 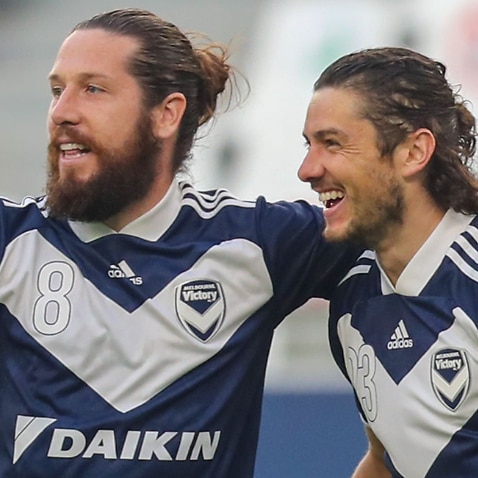 There was talk once of an ACL fantasy football league which would have been, and still would be, interesting.

More fundamental though is future expansion in Asia and reduction in Australia.

Moving from 32 to 40 will make a difference. It has always felt a little strange that Korea and Japan would almost always have four teams in the group stage with Southeast Asia, a football-mad region of over 600 million, left with just one or two participants.

The region is desperate to be more involved and there will be at least six teams involved next year that will add more colour, atmosphere and spectacle -- if fans are back in the stadiums.

Interested and engaged media will also help to give the eastern side of the draw a boost in the group stages. The ACL brand and profile should increase.

And perhaps the Champions League will be more appreciated when it becomes less accessible.

While the competition is expanding next year, there will be only one Australian team automatically in the group stage due to past poor performances.

A lot is riding on Sydney's shoulders and should they be the sole representative, then others may feel a little jealous.

Absence does, so they say, make the heart grow fonder. Sometimes less is more, even in an expanded tournament.