Football Federation Australia (FFA) has applied to the NSW government for the exemptions which will determine the immediate future of the A-League.

Melbourne Victory, Melbourne City and Western United are seeking the exemptions to fly into NSW without having to spend 14 days in isolation on arrival.

If the exemption isn't granted, the A-League's scheduled resumption on July 16 is uncertain.

The three Victorian clubs have twice been thwarted in trying to fly out of Victoria amid the state's worsening coronavirus crisis. 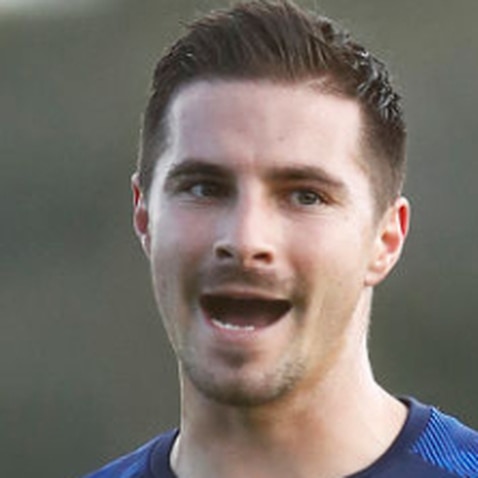 On Monday night, poor visibility at Canberra Airport prevented a late-night flight to the ACT, with players and staff left on the Tullamarine tarmac.

On Tuesday night, the teams were on buses waiting to enter Melbourne Airport when told they would have to complete a 14-day quarantine and be unable to train for that time on entering the ACT.

A-League boss Greg O'Rourke defended the competition's handling of the situation during an interview with Melbourne radio station SEN on Thursday morning.

"We were advised that we only had five hours to leave. We managed to get a chartered jet to leave in three hours," he said.

"We were planning to take off and the pilots were advised that Canberra’s airport was closed. We had another plan on Tuesday that was aborted also."

"I don’t know what heads up the AFL gets or if they just decided to move before we did. All the conversations we had were that the NSW and VIC borders wouldn’t close and we all know what happened."

The players' union, Professional Footballers Australia (PFA), has harshly criticised the FFA's handling of the situation.

"What the players and their families have had to endure over the past 48 hours is unacceptable," PFA said on Wednesday in a statement.

"The lack of clarity, the ad-hoc planning and shifting commitments have left the players embarrassed, frustrated and entirely lacking confidence in the process.

"Whilst the situation is complex, what the players require is simple: a reliable and feasible plan that does not shift the game's inability to effectively manage these challenges solely onto players and their families.

"Responsibility sits with FFA to present and then execute an achievable resolution that will ensure the completion of the A-League season and does not create further distress for the players."

FFA had outlined a fixture of 27 games in 28 days to complete the regular season, before finals.