An outbreak of COVID-19 in Sydney's western suburbs has not derailed the FFA's plans to play out the 2019-20 season in NSW.

A revised fixture was released on Wednesday for the remaining 27 regular season matches and finals with all but one game to be played in NSW.

Only Brisbane's game against Adelaide United on Sunday at CBUS Super Stadium will be played outside the state.

With those teams undergoing a 14-day quarantine period, the league had to reschedule seven of the fixtures.

It means Friday's match between Sydney FC and Wellington Phoenix will restart the competition, which was suspended in March. 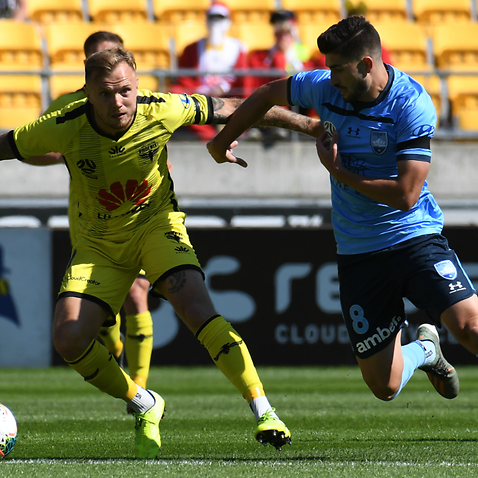 Under the new schedule, there will be 27 regular season matches played in 34 days.

The finals series will then start on August 22, with the grand final to be played just eight days later.

The five venues to be used across NSW are Bankwest Stadium, ANZ Stadium and Netstrata Jubilee Stadium in Sydney, Gosford's Central Coast Stadium and McDonald Jones Stadium in Newcastle.

The draw includes two double-headers with the Phoenix and Adelaide playing at Bankwest Stadium on July 25 before Victory face Western United.

The same venue on August 12 will host Perth Glory's clash with Western United as well as Western Sydney's meeting with Victory.

Perth will fly to Sydney on Thursday without captain Diego Castro, who has opted not to travel to the NSW hub.

The Spaniard is one of several international players opting not to play out the season including Western United marquee Panagiotis Kone, Melbourne City winger Markel Susaeta and Victory's German defender Tim Hoogland.