Australian football has been given a golden opportunity to take advantage of the outbreak of a civil war in Europe that followed the announcement of a proposed Super League.

Twelve of Europe's richest and most powerful clubs have declared their intention to create an exclusive competition that has the potential to destroy the game as we know it.

World governing body FIFA and its European counterpart UEFA have already threatened punitive action on the rebel clubs and there exists a strong possibility that they will be banned from their domestic leagues and their players barred from playing international football.

The ramifications of this colossal mess are massive.

This turn of events has angered millions of fans around the world, not least in Australia where many football lovers follow European clubs.

Some of these fans of European football would be hugely disillusioned by what's happening and, if social media is any indication, it would come as no surprise if they feel their loyalty to their favourite club has been betrayed and that the game at large will take a massive hit in terms of appeal. 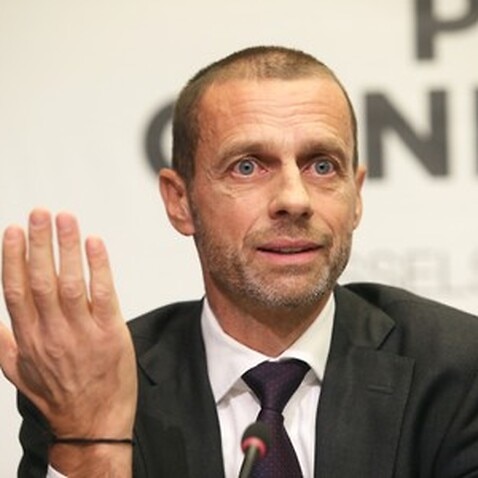 Many might question the point of supporting the fractured European game.

Which is where the A-League should come in.

If the 12 clubs are smart enough, they should try to grab this chance to win over some of the disenchanted supporters who might feel let down by greedy clubs like Liverpool and Juventus who are showing complete disregard for their fans' needs and aspirations in their manic drive for more riches.

But to achieve this, the A-League needs to work on its image and ensure that it is seen to be different in its approach to the game to that being exercised by the so-called 'dirty dozen'.

Now that the league is independent, the club owners are in a position to reap the collateral benefit of the turmoil that has engulfed European football by appealing to those who only fleetingly take an interest in the local competition.

And one way of doing this is to be seen as genuinely working towards the establishment of a second division with subsequent promotion and relegation.

I know this is hard to accomplish in the present economic climate but there is a perception out there that the A-League clubs are not exactly super keen on dismantling the current closed shop system.

It's just a perception, of course, but it needs to be killed off if the league wants to hang on to its supporter base and acquire new followers.

As we have seen this season, the quality of football has been eminently watchable - so the league has a strong head start that should not be wasted.

The league would also win over many more fans if it gave a red card to the detested VAR system that nobody likes ... make that everybody hates.

Can you imagine how much more entertaining the league would have been this season without the VAR rubbish?

The A-League also needs to treat its fans in a better way and make them feel they belong. Paying lip service is just not enough. The league must understand that supporters are not customers.

This grievance has been aired a few times over the years but this week's events in Europe give it a new context and underline the importance for clubs to listen to their fans.

Club owners may own their club but they do not own the game and the widespread condemnation of the Super League plan should serve as a strong reminder that you don't mess with your fans because if you lose them you have nothing.

If Super League happens and sanctions are applied, I, for one, would 'disown' AC Milan after following the Rossoneri for more than half a century - and I'm not sure I'd be bothered with European football any more if the Champions League and major domestic leagues are decimated.

Don't be surprised if subscribers in Australia reconsider their options when it comes to televised football as a result of European football suddenly becoming less appealing. Who knows? The A-League might just be presented with a more powerful bargaining tool.

Australia, the land of opportunity, would do well to pay attention to what's happening in Europe.