The border debacle that has left three teams stranded in Melbourne raises major concerns about the soon-to-be-independent A-League's ability to run its own show.

More pertinently, it casts serious doubts if league chief Greg O'Rourke is the right man to represent the clubs as they try to navigate the turbulent seas caused by COVID-19.

Since the announcement that the Victoria-NSW border would close at midnight on Tuesday as a result of a spike of infections in the southern city, Melbourne Victory, Melbourne City and Western United have made two unsuccessful attempts to fly to Sydney via Canberra.

And on the two occasions their bid was foiled: first by the foggy conditions in the ACT that prevented them from flying on Monday night and then when they learned that their players would have had to be in quarantine and not train for two weeks if they proceeded on Tuesday night. 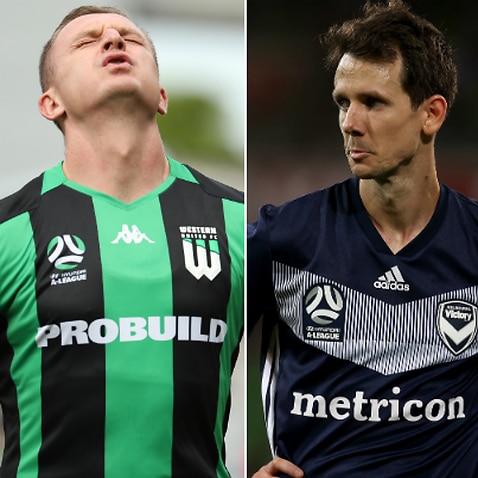 The teams' chances of entering NSW now rest on a health exemption by Gladys Berejiklian's government.

This 'Fawlty Towers' saga is a huge embarrassment - the kind of which Australian football excels in, much to the consternation and frustration of its community.

Many fans who were hoping that football's new administration would usher in a new era were left with little doubt that the more things change in our game the more they stay the same.

They feel that the farcical situation that has left the clubs' immediate future up in the air (so to speak) would have been avoided with better dialogue between the two state governments and the league.

Let there be no mistake, however. The buck stops with O'Rourke because regardless of who is mainly responsible for this border fiasco, that may have put the league's resumption in jeopardy, the competition's chief should have made arrangements for the three teams to 'escape' from Melbourne last week.

It is not the first time that O'Rourke has come under fire for decisions such as those relating to scheduling that left many people bemused.

The AFL teams flew out of Melbourne when it was becoming obvious that the escalating pandemic would necessitate drastic safety measures. So why did football not hear the alarm bells? And if it did why was there no firm action taken?

Football Federation Australia chief James Johnson is believed to be reluctant to delve into club matters because he feels that the governing body should distance itself from league affairs.

Yet since the FFA are ultimately responsible for the whole game in Australia, maybe Johnson should consider assuming a more active role at professional club level because better leadership is definitely needed. At least for the time being, anyway.

After all, he was heavily involved in the negotiations with Fox Sports surrounding the resumption of the A-League season because the broadcaster's deal was with the FFA, not the clubs.

Less than two weeks after we were all rejoicing at Australia's brilliant victory in the 2023 FIFA Women's World Cup bid, our game has again plunged into the more familiar scenario of frustration and despair.

That's football in Australia, I suppose. We're used to this.