Australia striker Tomi Juric hasn’t ruled out an A-League return after parting company with CSKA Sofia this week, revealing his 15 months with the Bulgarian giants eroded his zest for football.

But it was being left to fester on the fringes - even when fully fit - that hurt the ex-Adelaide United, Western Sydney Wanderers and Luzern attacker the most, with Juric now open to all offers including the A-League. First, though, he wants to cleanse his mind of the baggage accumulated in Sofia.

“There are a lot of things that went on behind the scenes that were out of my hands and made getting an opportunity more difficult than you would have thought,” Juric told The World Game.

“Different coaches were coming in and you always had that little bit of hope that things might change in your favour.

“But then you realised that a lot of stuff is not really up to the (individual) coach.

“That’s the hardest part to accept and it’s then you realise it’s time to get out, refresh and start something new.”

That new chapter could include a comeback to Australia.

“If there was an option (in the A-League) to play regular football it would definitely be something to look at,” added 41-cap Juric.

“I’m at a point in my career where I know I still have so much more to give, and it’s a shame that’s not been happening the last season or so.

“The next step is playing week-in week-out, and I’m looking for somewhere that will give me the best opportunity to do that.”

A chance to rewind and reboot is his immediate priority.

“I need a bit of a breather to rest my mind and mentally get back into a good state because it was really hard the last few months,” he explained.

“I’m looking forward to switching off a little bit and see where things take me.

“Playing regularly somewhere will help me find that hunger and excitement again.

“What happened (at CSKA) kind of broke my heart a little bit. Everything was positive from the start but nothing ever really developed from there.

“It was just a hard pill to swallow and I need to be somewhere next where I feel whole again.

“I need to fall in love with going to training again because it’s difficult to motivate yourself to keep pushing to the limit for no real reward. That was the hardest part.

“I’ve learned a few things from this experience and I think I’m better for it  - now it’s all about getting the ball rolling again. 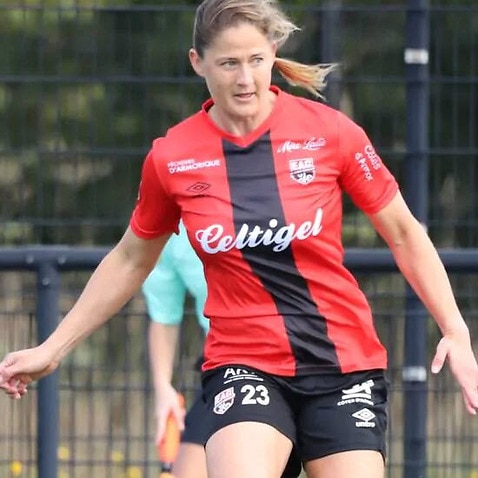 Meet the Matildas defender making her way in France

“I’m quite happy that chapter is behind me.”

A reinvigorated club career could also push Juric back into Socceroos contention, with the second-choice striker at Russia 2018 missing out on selection for the 2019 AFC Asian Cup.

“Of course getting back into the Socceroos is definitely on my list,” he confirmed.

“But the main thing is to get back playing and that will give me the best opportunity to get back into the national team set-up.