The A-League has conceded that big mistakes were made in the Friday night clash in Adelaide and promised to continue reviewing the operation of VAR in a bid to find ways of improving its performance, Australian Professional Leagues commissioner Greg O'Rourke said.

A day after the Adelaide United versus Central Coast Mariners match erupted in controversy after the home team were awarded three contentious penalties that were sanctioned by VAR, the A-League said it would double its efforts to find a better way to implement the technology.

O'Rourke suggested that the way forward might be to review and improve the subjective side of VAR given the league is comfortable with its performances in terms of clear-cut decisions like offsides.

"The problem with VAR is not the technology itself but its subjectivity," O'Rourke said.

"VAR is really helping in offside decisions where the issues are clear cut and subjectivity is not required.

"It is a fact that VAR has been a huge help in many instances concerning offsides this season.

"In tennis, for example, technology is used to determine if a ball is in our out. That's the issue and VAR needs to be modified maybe in such a way that the level of contact when fouls are awarded, for example, should be left to the referee on the field. 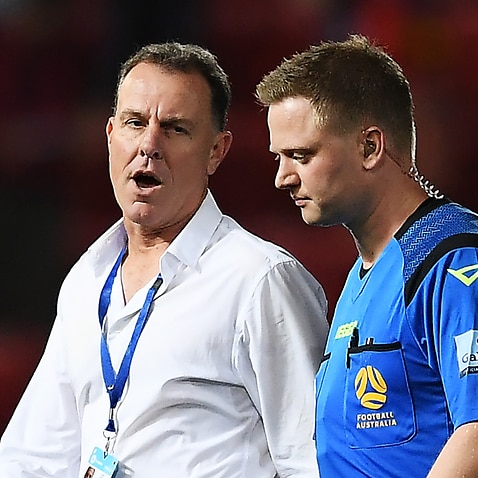 "The issues regarding hand ball are different because they are subject to the laws of the game so referees must follow them.

"For example the third penalty awarded for 'hands' on Friday night was a penalty under the laws of the game but the other two were subject to the interpretation of the referee as to the level of contact.

"But the referees got it wrong in at least one of those two penalty decisions.

"VAR should not be thrown out because of this and we should not put ourselves in a position of not allowing ourselves to be supported by technology when every other part of every day life is."

The A-League has captured the imagination of many thousands of fans with the quality of play shown by most teams that has produced a number of highly entertaining matches.

But the controversial use of technology continues to rile many fans, prompting questions as to why do the powers-that-be persist with a system that in the eyes of many is not working and damaging the game's appeal.

O'Rourke disputed rumours that the A-League or Football Australia are contractually or legally bound by FIFA to retain VAR.

"VAR has been adopted by all the major leagues in the world but, yes, we can stop it any time if we want to," he said.

"We have no obligation to keep going with it."