“The hottest love has the coldest ending”, opined Socrates. For FC Barcelona, and those who loved watching them over the past 12 years, that ending was even colder than the Greek philosopher could have imagined.

Close followers of the Blaugrana can pinpoint various slip-ups in recent years but this is the one time everyone can acknowledge that the affair is over.

It ended as it had to: brutally. Bayern Munich’s 8-2 demolition job of Barcelona was so striking and so severe that it has obliterated the last refuge of the football scoundrel: hope.

There had remained flickering embers of that kind. Any team with Leo Messi, Luis Suarez, Gerard Pique and Arturo Vidal remains surely competitive with any in the world. At least on paper.

That quartet has something else in common. They are all 33. Then there’s Ivan Rakitic and Sergio Busquets at 32. Jordi Alba is 31. Antoine Griezmann turns 30 in March. Those who took part in this disaster looked every bit their age. Wise heads often prevail in football but only when they are matched by willing legs. Barcelona has lost that, and whilst all those players are Hall of Famers in waiting, their peak was much closer to 2010 than 2020.

And what a peak it was. Have you ever felt so in love with football? When we gain the necessary distance of perspective to look back, I expect we will all agree it was the greatest team of all time.

Nor did we feel entitled to question them. This is a team that, until this season, won four of the past five La Liga titles, including the previous two. Hardly a spent force, it seemed.

Yet those who watch Barcelona closely have been flagging issues for some time.

It was not Barca’s brilliance that secured those league titles, moreover the general lack of competition in Spain and one of the most unconvincing periods in the history of Real Madrid, who spent most of the decade feuding, swapping managers or just hoping Cristiano Ronaldo would bail them out.

It is ironic that Zinedine Zidane is the figure to bring stability to the Bernabeu, having walked away at the end of his third campaign. His return was brokered on strict terms: this time, he answers to nobody.

His understated ability to coax the best from his players, whilst focusing on defence, enabled a B-grade squad to lose just three games all year, quietly stalking and sneaking past their rivals. 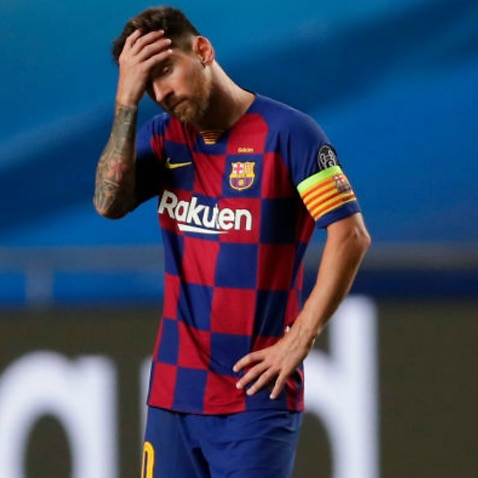 Barcelona and Messi do not deserve each other any more

By contrast, Quique Setien has not been sacked at the time of writing but he might be by the time of reading.

He was never a manager cut out for Barca; that he ever got the job is an indictment on a board that looks equally unable to deal with the challenge of properly re-building the Catalan giants.

Presidential elections are not at the club due until 2021. President Josep Maria Bartomeu has promised he won’t bring forward the vote, despite large parts of the supporter base begging him to do so.

Yet the fans themselves decisively backed Bartomeu in 2015, pushing away Joan Laporta, who – for all his well-documented faults – successfully oversaw the fearless transition under Pep Guardiola.

This is not a situation unique to Barcelona. Bad management has undermined massive clubs like Manchester United, Arsenal, Marseille, Schalke, AC Milan and Inter Milan. Even Bayern Munich fell in two very dramatic holes: one in the era of “FC Hollywood”, the other when Dortmund sprinted past them under Jurgen Klopp.

But Bayern, a club where ex-players continue to demand ongoing excellence, had the nous to stem the bleeding on both occasions.

I’m not sure Barca has that nous right now. All the brainpower of the Guardiola era – Txiki Begiristain, Domenec Torrent and Xavi – is elsewhere. 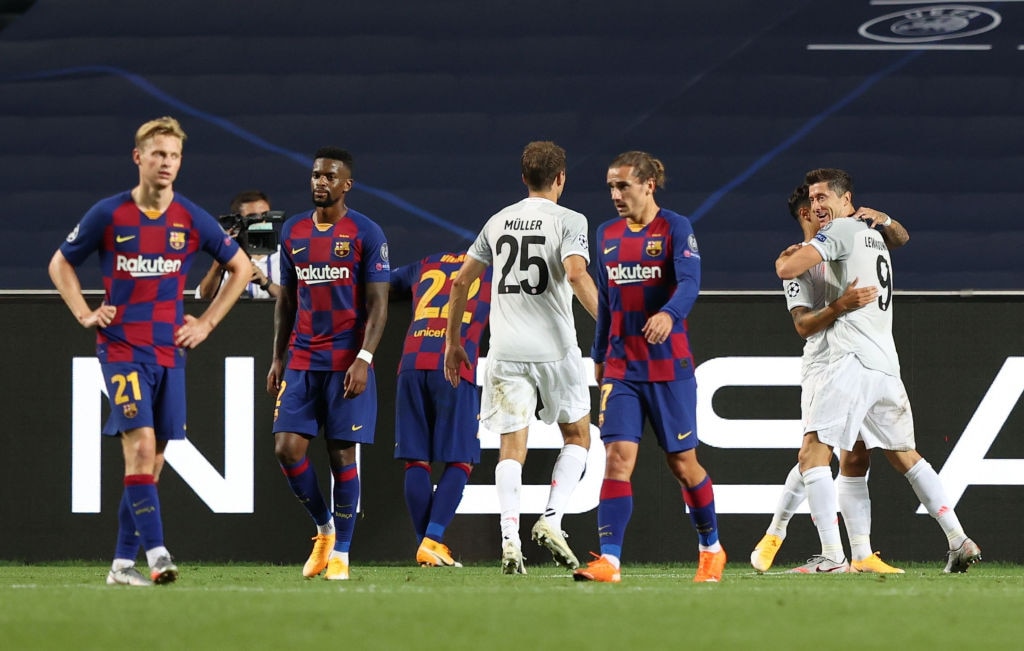 And Xavi, perennially touted as the successor, is surely too smart to commence his European coaching journey at such a dangerous moment, not least when he can enjoy the relative anonymity of Qatar, honing his craft away from prying eyes.

This is the domino effect of bad decision making and a failure to plan ahead. Ultimately, it has brought Barcelona to their knees. And it may be the moment that the club’s greatest player decides enough is enough.

Messi is contracted for another season but he must now decide whether he will spend the year trying to defy gravity once more or, finally, look at something new.

Cristiano Ronaldo is relishing some golden years with Juventus, where expectations of performance are secondary to the weekly worship he is receiving, both home and away. He hasn't looked this happy in years.

All the while, Messi is getting hissed at in many parts of Spain, and Barca fans are starting to exchange sideways glances. He might still be the greatest, but for how long? Herein lies one of the many problems facing Barcelona. The next few years will mark one of the most difficult periods in the club’s history, for whilst the aging, expensive squad seems disillusioned, the goose of La Masia has also stopped laying golden eggs.

There are no easy fixes as Barcelona transitions to its next phase. The only known is that today marks the end of this reign.

The good news? This period of greatness began from a torrid position, one that bears an uncanny resemblance to the very catastrophe Barcelona finds itself in today. Right now, that's the only hope worth holding on to.